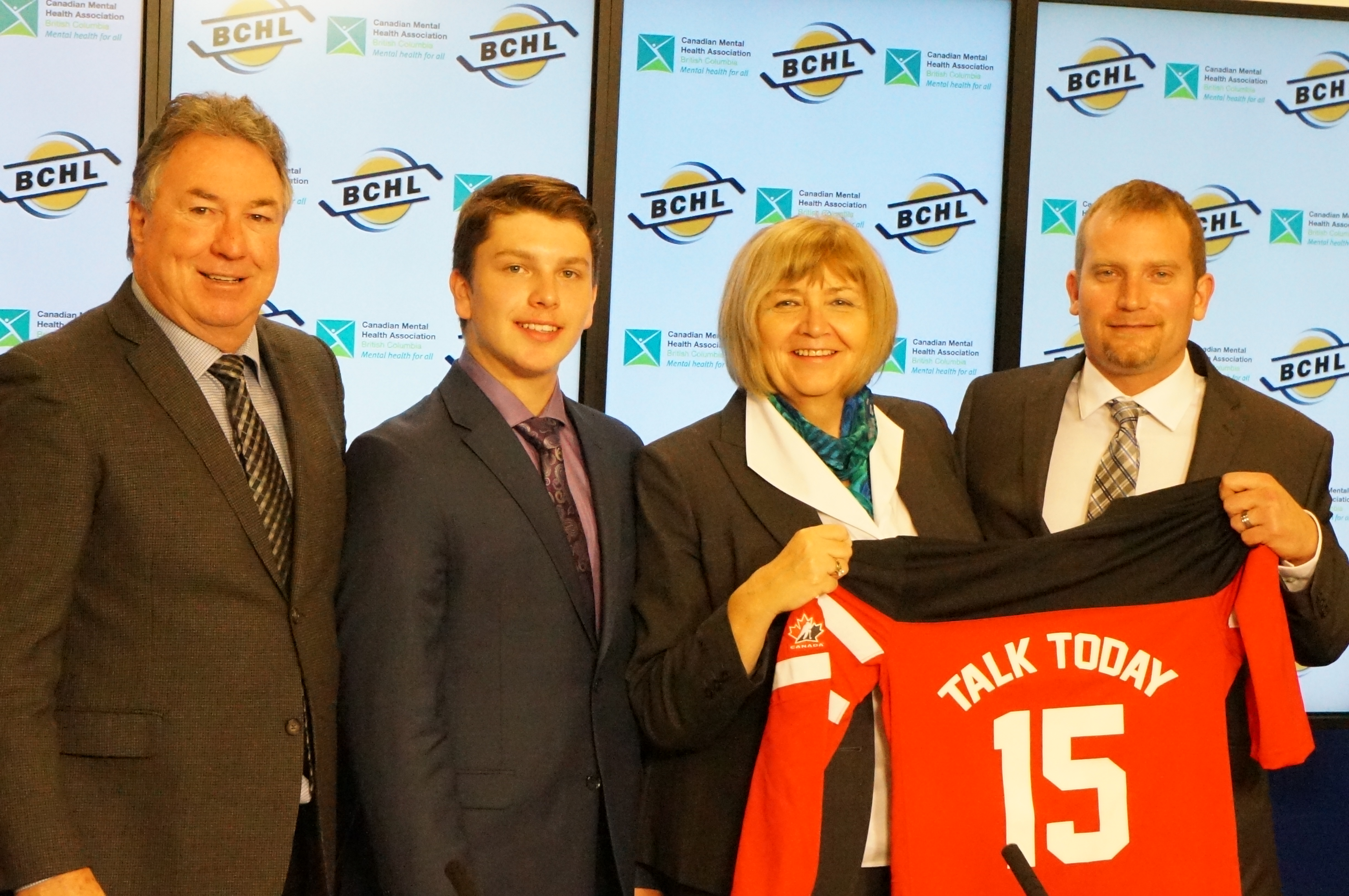 Talk Today is a mental health education program designed for BCHL players and their supporters to learn about mental health and increase their skills in order to help support players who may be struggling or at risk of suicide.

“We are excited to partner with the BC Hockey League, to help their athletes connect with the mental health supports and resources they need to thrive,” says Bev Gutray, CEO of CMHA BC.

“The BC Hockey league strives to be the best Junior A hockey league in North America,” says John Grisdale, BCHL Commissioner. “For us, that means supporting the physical and mental health of our athletes, as well as reaching out to our communities and helping support causes we care about through initiatives like Talk Today.”

The announcement comes as welcome news to athletes like 16-year-old rising hockey star Myles Mattila. Based in Kelowna, Mattila has been a mental health advocate for several years as a result of the impact of two events: when he didn’t know how to help one of his hockey teammates who was experiencing mental health issues, and the passing of former Vancouver Canucks’ player, Rick Rypien.

“Mental health affects everyone no matter what age we are, and youth and young athletes are no exception,” says Myles Mattila. “It’s encouraging to see programs like Talk Today being implemented to help make a difference and show everyone that it’s OK to talk about mental health and mental illness.”

“Each year, our network of 14 CMHA branches in BC help over 120,000 people including children and youth, families and older adults,” says Gutray. “Talk Today will help strengthen those community connections and reach new audiences with the message that mental health is possible for all.”

Talk Today builds on the success of an initiative of the same name launched in Ontario in 2014 as a partnership between CMHA Ontario and the Ontario Hockey League.

Find your local BCHL team and watch for more on Talk Today awareness events coming in early 2016 at www.bchl.ca. To learn more about Talk Today, visit www.cmha.bc.ca or join the conversation on social media using #talktoday.

About the Canadian Mental Health Association:
As the nation-wide leader and champion for mental health, the Canadian Mental Health Association (CMHA) helps people access the community resources they need to build resilience and support recovery from mental illness or addiction. Each year, CMHA BC together with a network of 14 BC branches provides services and supports to over 140,000 British Columbians. To learn more visit www.cmha.bc.ca.

About the BC Hockey League:

The BC Hockey League (BCHL), established in 1961, strives to be recognized as the best Junior A hockey league in North America. The League is comprised of 17 teams which compete in the Island, Interior and Mainland Divisions. The League is built on the following principles: we always act with the player in mind; we foster partnerships that develop mutual value; we act with integrity in everything we do; we are competitors on the ice and partners off the ice. Junior hockey is open to athletes between the ages of 16 to 20. To learn more visit www.bchl.ca.